The server did not acknowledge the last chunk. No e-tag was present

Okay so I thought I had everything almost figured out but I’m back here again with an issue with the nextcloud desktop client on linux. It keeps giving me these wonky errors for just the last teeny tiny amount left. I was able to get it to stop complaining by removing the folders in question but I thought maybe now that things had evened out I could move them back onto the server and they’re messing up again, and I don’t know why. I’ve searched about this issue and I’ve not been able to find anything I could make heads or tails of. 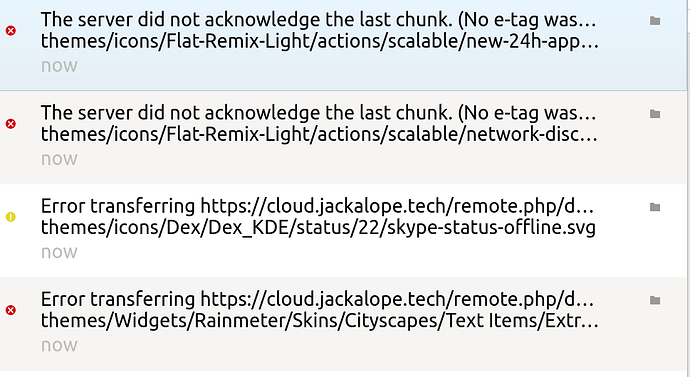 If I had to take a wild guess, I have a feeling that it’s something like the server being overwhelmed with so many thousands of tiny files hitting it at once?

Some of those svg files in the icon theme folders are empty except for some words saying which other icon they should symlink to. I’ve already removed all the symlinks using find so that’s not the issue there.

At some point the nextcloud client just crashes and I have to restart it up again at which point it starts the whole crazy syncing process all over again.

Okay so I realized I accidentally copy pasted one of the screenshots twice instead of getting the second screenshot like I intended. NC had crashed though so I opened it up. It was going to take awhile for it to start throwing errors so I went to the bathroom and I come back and it crashed again. So I ran it again, and this time it… actually didn’t throw any errors? And it got all the way through? But it’s now stuck like this: 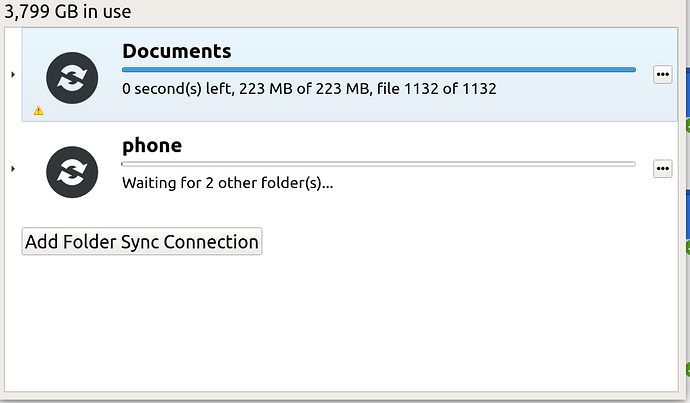