I used to have an SVG logo for my Nextcloud 16 installation. Granted, I had to add SVG imagick support, SVG logos were then properly displayed throughout my NC instance.

However, since the upgrade to NC17, the SVG logos are no longer displayed, in spite of all SVG-supporting dependencies installed. The only way I can get to display my logos is by using PNG logos instead.

So my question is, has Nextcloud 17 completely removed SVG display support, or is it now relying on different libraries? It would be good to know, so that I update my custom docker image to support the changes.

Sorry to hear it is not working for you. It seems to work in general, because I don’t have that issue. Maybe an issue with system updates?

I run this in a docker environment, straight from latest NC17-fpm-alpine. For NC16 I have had to add the imagemagick package in order to add SVG support. My NC17 image also has this package but this is what happens: 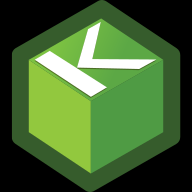 What it actually renders:

As mentioned, so far my only remedy is to use PNG logo instead of SVG.

So, any ideas, anyone?

I have exactly the same problem here (completely black SVG logos) on two Nextcloud installations running on two different hosters.
It seems that something has been changed regarding SVG processing in NC 17.

As a workaround I have opened all SVGs in Inkscape, saved them as “Optimized SVG” (“Save as”, then select this format in the file-type drop down box) and re-imported them into NC. This did the trick - everything looks fine again. As a side effect the filesizes of the SVGs have been drastically reduced.

@olanwe Tried this for my logo. It works as you described. Thanks for the tip!

Hello olanwe,
I followed the same steps but to no avail. When trying to open the .svg file within Nextcloud, it shows an upload error.
Regards, melikin.