When i try to start the Spreed.Me Docker Image with

i got the error :

Of course i created the file and configured it like the guide showed.

I am running the container as root and the current ownership is also root.

Do you have any idea why the container might not be able to reach the directory, or have any other idea about it?

Do you actually run that with pwd? This forum strips the backticks from this command. Maybe it does not pick up the correct directory - try to use the absolute path instead.

This Docker image is still new, but i just have tried from scratch and it seems to work just fine for me.

I have the same issue.

with the backquotes at pwd and got:

I am using nextcloud, migrated from oc, but don’t want do rename the directory and mountpoints.

I tried to attach strace and gdb to it, but I was not able to get any data of it.

It seems it its somehow locked in too tight, i tried another debug method:
docker exec -it my-spreed-webrtc /bin/bash

By the way the collabora Dockerimage works fine.

I got to a step further, now it starts, but somehow it won’t bind the port correctly and I get a connection reset.

I read a bit in the docker documentation and came to the conclusion that you need to mount some nextcloud-directories into the dockerimage.

So I started it with:

in my case I write the log files to my host, so I need to import the logdirectory too.

Now it start, but I get a connection closed message if I connect to it, even with telnet to that port.

Additionally I found out that the spreedme-root-directory in the ubuntu repos are having more files than this dockerimage, so I copied them over to /srv/extra/spreed/ and declared that in the config file, but it didn’t help.

Is there any additional suggestion to get that running?

This effectively means you can only share folders which reside in your system’s default users folder (/Users or C:\Users).

@leon no on linux. In my case, it can now access to the specific files I declared to it, but it hangs in another step.

but it hangs in another step.

I have this issue aswell… any progress?

What was the problem?

i assume you are refering to the server.conf filer where the guide tells you to outcomment the listen entries? and that i should disregard this and create a listen entry for 0.0.0.0:8080?

now it works YAY!!! thank you

In that case, I have to limit the connection via iptables, if it should only be able to connect via 127.0.0.1?

Additional, how can we update the spreedme manpage on the frontpage? The dockerpart is obiuusly not working.

I investigated why it wont work with 127.0.0.1 in the conf file, thats because docker uses a own interface per image which the connection gets natted to the image-interface, so 127.0.0.1 whould be inside the image, and you can’t connect from the dockerhost to it. Thats interesting

ok forget that with the root package, it works in that case without a rootpath

I tuned the dockercommand so you shoud not require iptables and it runs now in the background:

if you want to stop it you just stop it with docker stop <id> and to remove/unmount it: docker rm <id>
if you look for stopped instances use: docker ps -a

if you are using a vm, then increase the entropy with: rngd -f -r /dev/urandom

My setup is a bit different:

owncloud installs its apps not in a docker volume, but on a folder on the host (because earlier on docker volumes were buggy and now, you know, it just works) - this folder is mounted where needed during docker run.

I thus have no real clue on how to start a spreed webrtc container accessing the spreed app in the nextcloud cointainer.

there is a possibility to access the filesystem from another docker container via a docker container, but thats pretty advanced, perhaps you can share the spreeddirectory on the host via -v to both container, or make a own shared volume. 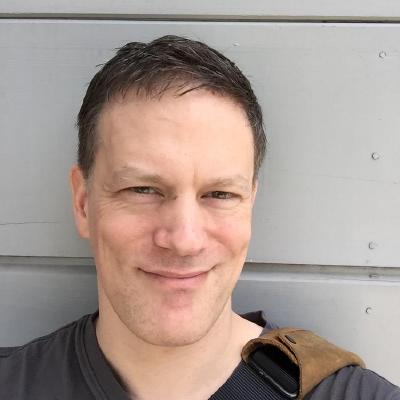 helps with you config.
With them I learned how -v worked and could work out the configs for nc.
I didn’t went that far myself, but that looks funny.

A shared volume for the spreed for both nextcloud and spreed webrtc?

Doesn’t the nextcloud app need just access to one folder of the spreed install whereas spreed only needs adjustment of the config file?

Actually the spreed instance needs access to the directory: <your-next-cloud-dir>/apps/spreedme/extra/
How its get there, lies in your imagination

Where do you put the server.conf? at the host, or in a container too?
Additional to that, its a good question if the nextcloud itself needs a tcp connection to the spreed-server too, or everything is handled via the client. But I assume the 2nd. If first is the case, you have to link the containers via docker-network too.