Facing a strange issue where syncing the Linux client to the server seems to limit downloading to 2-3 Mbit/s.

Expected behavior: Network speed should be the limiting factor when client downloads files from server.

What I have tested:

To determine if there is a networking issue I compared Windows and Mac Clients at the same site. They are fine.

I went and logged into the web interface from an affected Linux system and downloaded a 1.4GB file at 30-50 Mbit/s.

I booted the affected Linux system into Windows 10 to go and it downloaded at ~30 Mbit/s.

I booted into Ubuntu Live and the client downloads at 2-3 Mbit/s.

Ran ipferf and speedtest from an affected Linux system and all was well so it is unlikely to be a LAN or network card driver issue.

I tried client settings where I set Up and Down speed to UNLIMITED, AUTO, or 2000 kBytes/s.

I also have performance (up-/download) problems. the sync speed by Linux client (2.5.2) to server (15.0.10) on raspberry is about 200kbit/s.
And the bigger problem is that the connection to the other linux client get lost while one client is uploading.
This behavior is since some versions, half year ago it was fine.

I had the same issue with the default configuration of my NC-Client. Setting the Network-Config to No proxy and upload- / download-Bandwidth to from default 0 to 9000 actually helped a lot. 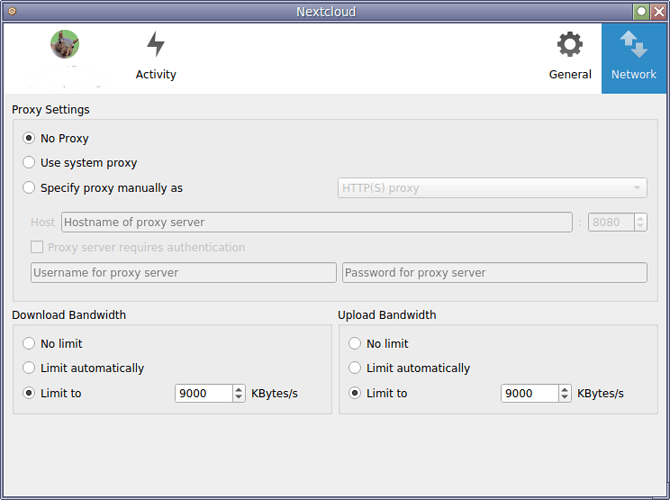 I’ve similar problems… NC Linux client uses 100% of one CPU core and not much happening. Quite a bit of files to move but mostly pictures. The client itself freezing for a few seconds every second.
Opensuse thumbleweed. Local Gbit LAN when server stays cool and idle. 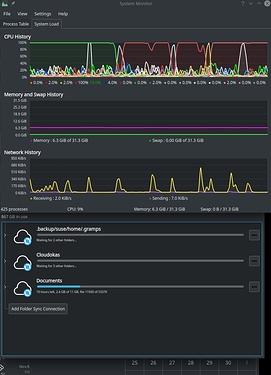