Sharing with groups (w/o membership)

The issue you are facing:
When trying to share files with other groups, only groups the current user is part of are shown in the autocomplete bar. It doesn’t matter if the group you’re trying to find is an LDAP or a locally created group - you can’t find it in the share dialog when you’re not part of it and it doesn’t seem possible to fix this behaviour. 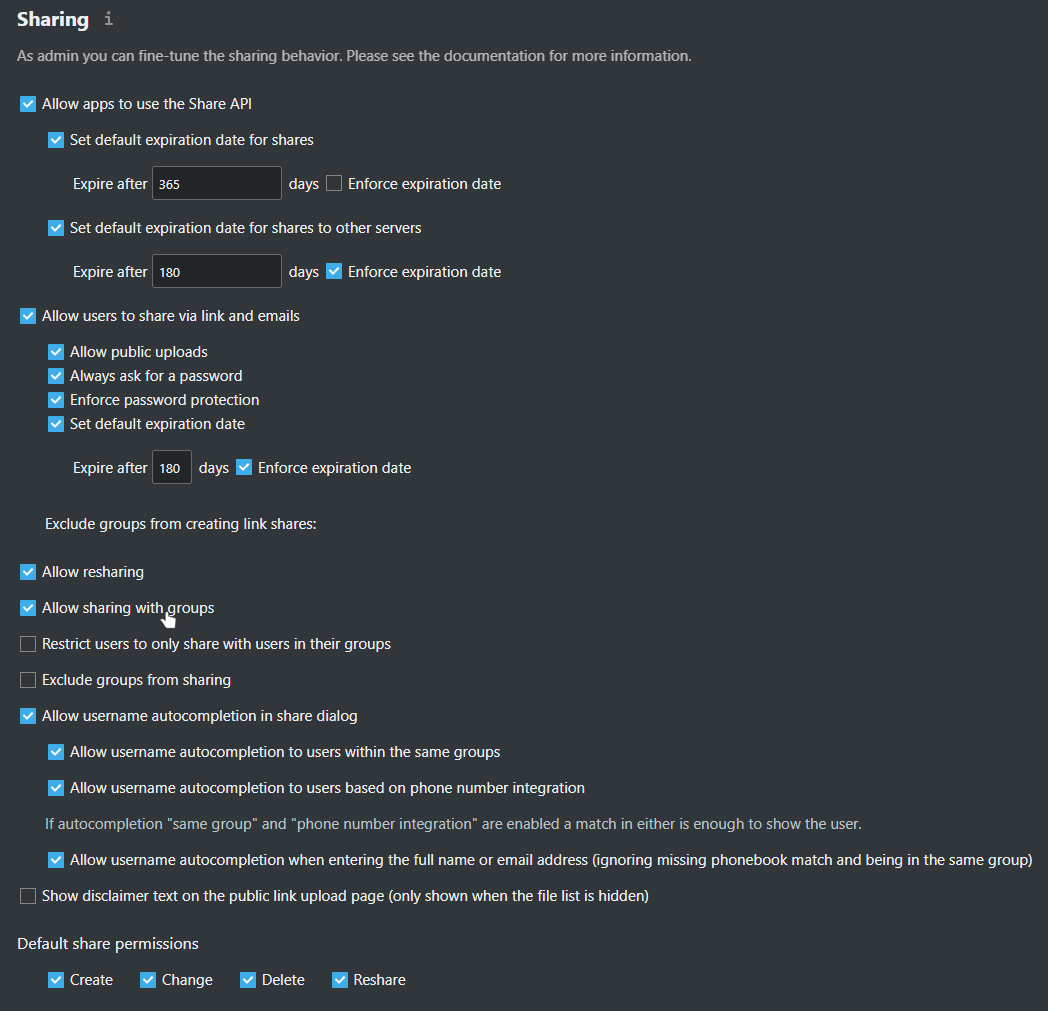 1 Like
Can't find people from other AD groups when share folder and search by first name only
Marcassin December 30, 2021, 1:34pm 2

Hello there! It’s me again

I am struggling with the following case: We in our comapny are using an ActiveDirectory. So I connected my AD with my Nextcloud and filtered groups (and user of those groups) to be displayed under “users” in Nextcloud. There are 3 AD Groups who are allowed to login (via AD Credentials) and in those 3 groups are about 15 people. Those people are able and allowed to login. Until here everything works fine. Here are some screenshots: Server config: […

I have the same problem and cant select groups in the change-menue, if I not a part of this group.