I recently started NextCloudPi and I suffer from crashes when uploading files (pictures). These already occur when uploading 10-20 files of 5MB each. I use a Raspberry Pi 3 Model B with the official power supply. I ran some stresstests (cpu, mem, io) and the board was stable. Looking for your help…

I had a terminal open for 2 of those crashes.

I monitored system RAM usage and it seemed to vary between 40M and 200M free for a long time before the crash, with two php-fm instances running for a long time:

thanks for the info. This is new.

That kernel BUG looks bad. Never seen it before. Some people have reported that it takes a long time to upload many pictures but that’s reasonable considering the power of the pi and the amount of data.

Maybe you can try playing with PHP max children (pm.max_children) 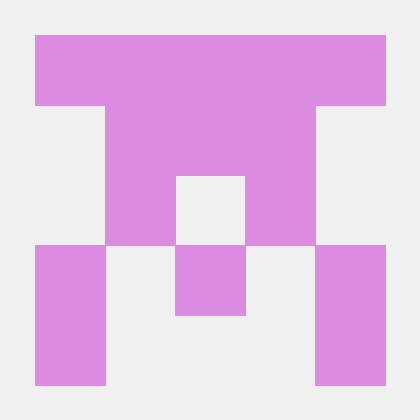 Issue: php-fpm7 100%CPU with many big pictures during creation of thumbnails

mp.max_children is already set to 3 in this release (updated to NextCloudPi v0.31.1 also). Even setting it to 2 does not reduce crashes.

I set enable_preview to false, but this also prevents opening any file via the web interface… clicking on a photo gives me a download popup but not the actual image. Can I disable previews/thumbnails and still have the image viewer functional?

I disabled the previews for test with uploading… no longer crashes. Even after the upload, if I then enable previews the thumbnail building starts, and I have kernel errors again (twice) and shortly after the pi stalls:

Maybe you could try again after reinstalling the kernel to upstream. It is a 4.9 now anyway

Thank you so far.

Happy to discover that i’m not the only one. It happened for me after couple of giga d’upload.
Any update ?

If anyone can consistently reproduce this, it would be nice to test with different kernels, as it seems like some kernel instability under high load

After months of failure, i could upload 200 giga of data without issue.

The fix : reinstall of my server with a NEW sd card.
Hit : Even with a watchdog activated and tested the Pi was staying stuck.

also upload performance has been improved now that we use redis.

I am sorry to have to report the same issue is repeatable on the PI distribution NextCloudPi_02-06-18.img with kernel 4.9.79-v7+

It crashes on images like tif och psd, but seems to handle jpg or any other docs (not 100% sure, synch aborts and crashes too frequently)

After this. the PI is simply dead!

can confirm the crashes and can reproduce them easily on the 2018 based NexcloudPi img. Have now built a nextcloud 13 environment on the same Pi with the same SD card manually and see no crashes. Missing the advantages of the NextcloudPi package though.
What could I check to find out the potential cause for the crashes? Could run a packed and a manual setup in parallel and test.

Interesting. So, what image are you based on? Plain Raspbian? what kernel are you using in the image that doesn’t crash?

Could run a packed and a manual setup in parallel and test.

that would be great

can you try copying the kernel from the raspbian version to the ncp version?

do you know what the process is for copying a kernel from sys A to sys B ?

I think it is just a matter of copying /boot/kernel7.img ( I guess the whole folder can be copied ), and /lib/modules as well.

But better google that first

if that is the case, I can generate a NCP image that doesn’t update the kernel to rule that out, but that would take some time, so ideally just replacing the kernel files should be good enough for quick verification.

@remy, also it would be great if you could find the kernel crashes by running dmesg, to see if they are the same as in

Please see the all the messages… I have mistakenly left you out… YES - I have found a reason for the dumps, but to me it is not nice. Network timing error, or something like that. When switching over to Wifi, synch works beautifully, at least so far on the folders that crash 100% repeatedly when running wired. I have switch cables, bypassed a switch, rocked and cleaned network cable contacts, etc but to no avail. Running the PI Nextcloud wired on a 1GB Ethernet simply does not work! Running …

didn’t find any time but will restart next week

Any news about a fix here? Having the same problem when uploading a lot of files. Crashes out my PI 3