We created an NFS server and attached storage to that server, then pointed Nextcloud (web server 1 & webserver 2) at the new server with the storage. Once this was completed, we now cannot see the documents when logging into Nextcloud from I.E, Edge or Chrome, however, oddly enough, Firefox and Safari work fine without issues.

The data was moved from a directly attached Hyper-V disk to an NFS share, and the mount point has not changed.

any idea as to why this would be happening after a storage move?

I have added the console logs displaying errors. 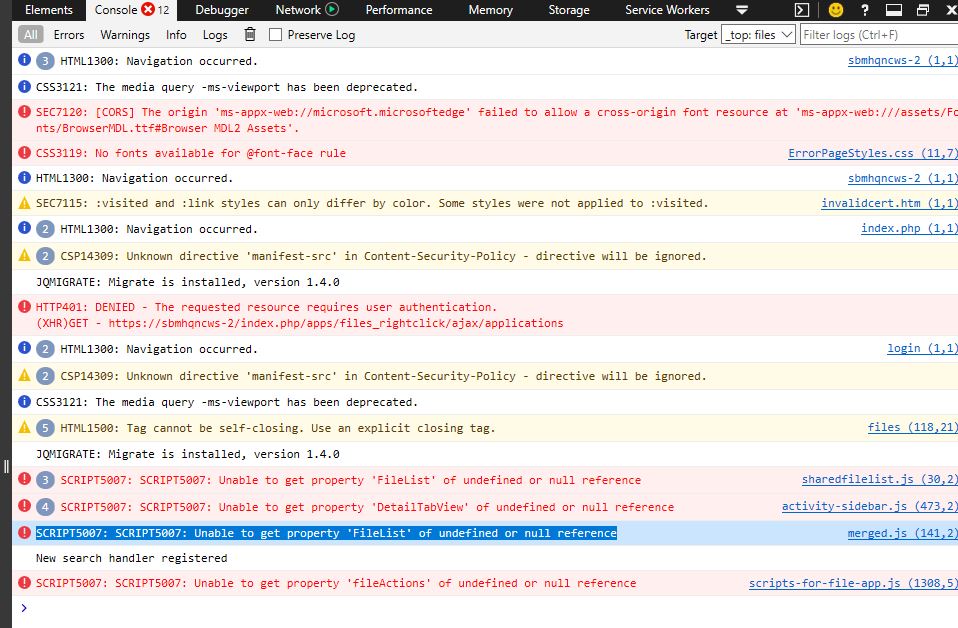