In my new computer, I use the same SSD drive as in the old one, but now it’s drive F: instead of drive D:
How do I go about configuring Nextcloud desktop if I want to backup from the same folder (now F:\Nextcloud instead of D:\Nextcloud)?
Since it didn’t do anything as it was, I removed the existing synchronization, but when I try to add a new synchronized folder, it only offers locations ON MY PC as backup destination, I don’t seem to be able to set my cloud storage as remote destination.
I went through all the settings (there aren’t many), but I couldn’t find anything. Should I re-install the desktop app (again)?
Thanks in advance for any helpful comments.
Peter

Just change the drive letter in the Windows control panel

Thanks.
Well, I did that - and the next thing that happened was Nextcloud backed up drive F to drive C, until it ran out of diskspace.

I don’t know what you did but you have to configure the Nextcloud client as well.

Thanks, I’m aware of that. What I didn’t get previously is what you meant by changing the drive letter. That would have been a smart thing to do. However, I had already installed a number of programs on drive D:, so renaming that drive would have made these installations useless.

The Nextcloud client is now - more or less - “empty” as I removed the existing synchronization in a fit of anger/panic/whatever.
When I add a new folder (i.e. my old folder, called “Nextcloud”) on drive F:, the Nextcloud client then prompts me to add a destination folder. But the choice is limited to the contents of F:\Nextcloud, which seems absurd, because why would I want to backup this folder to itself? There is no field that allows me to enter the https-address of my cloud storage (where most of the contents of that folder are stored anyway - but I want the changed and added files to be added to this backup, of course).
So - any ideas? Would some screenshots help?

Would some screenshots help?

Hi Sanook,
sorry for this long interval of silence, but I had to stay away from my PC for a couple of days for various reasons. But I’m back now, and here are the screenshots I announced: The first three show my desktop client, a) what it looks like when I open it, b) when I choose the local folder I want to backup, c) when I try to choose a remote destination for my backup. The fourth screenshot shows the directory of my online storage, with all the folders I previously backed up from my SSD when it was still called \D (now it’s \F).
What I’d love to do is just go on backing up any changes and additions that happen on drive \F to the subdirectories of my online storage.
Did I express myself in an intelligible way? Do you see my problem? - Is there a solution, or should I erase my files online and start a new backup from scratch (which would take two or three days, as it’s over half a TB). 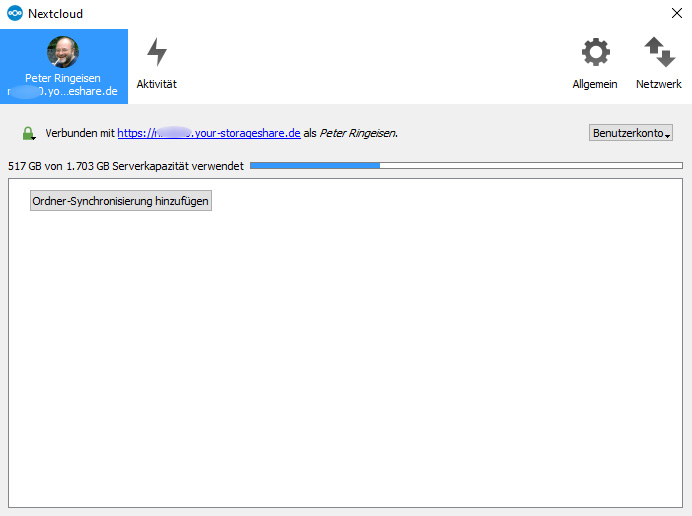 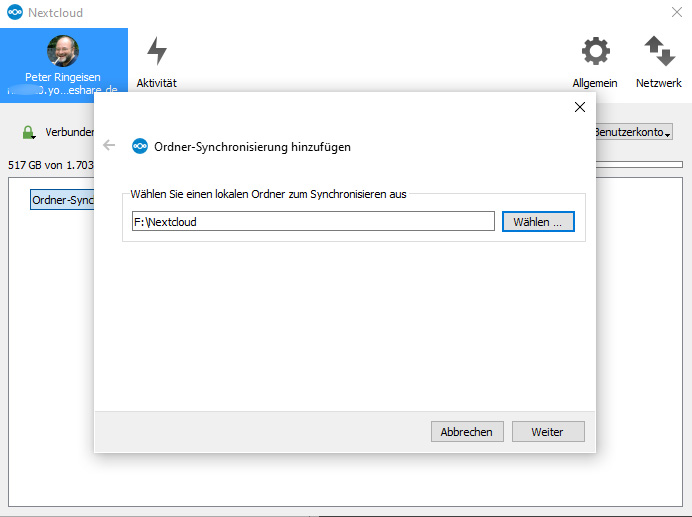 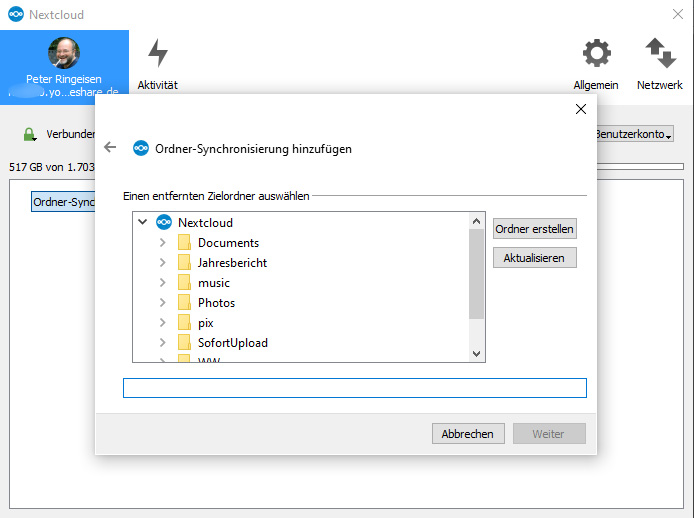 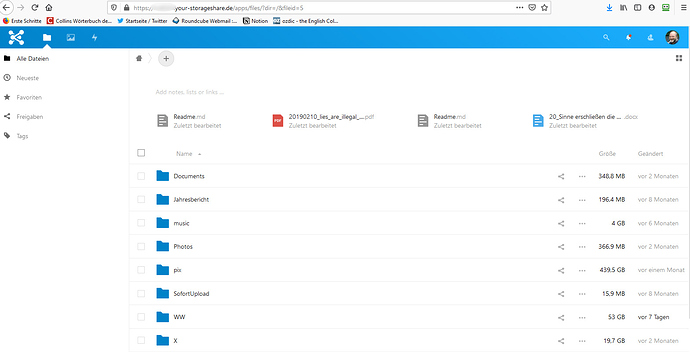 Just setup your local folder on your NC desktop to F:\Nextcloud and download all files from the remote server again. Use your old D:\Nextcloud folder as temporary backup and erase it later when the new download is successful.

Excuse me - why should I download all files from the remote server? All these files (plus a couple of recent ones) are on my PC, in the F:\Nextcloud folder.

in the path C:\Users%username%\AppData\Roaming\Nextcloud you can find the nextcloud configuration file called nextcloud.cfg, there you can make the change.