It crashes on 2 different devices everytime when i am opening it!

Sorry, but i can’t use it anymore!

I have uninstalled and reinstalled it, but unfortunately no improvement.

that is sad to hear. You can install an older version from f-droid, if it worked for you:
https://f-droid.org/repository/browse/?fdfilter=nextcloud&fdid=com.nextcloud.client

Maybe this is related to this issue 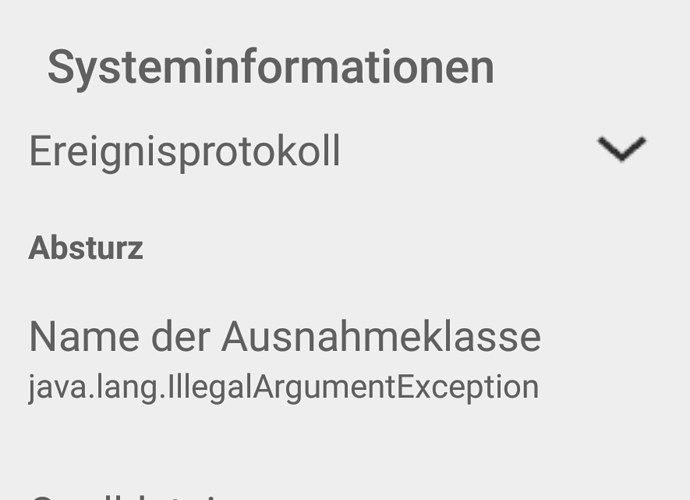 Did you share folders by mail? This also caused the Android app to crash. https://github.com/nextcloud/android/issues/483

Did you share folders by mail? This also caused the Android app to crash.

I have deleted everything of my NC account and it seems the app works fine again.

@JoMatr Now i can confirm, after sharing a single file by mail the app crash.

@earth i don’t use a firewall app.

Oh this is awesome!!!

@JoMatr Now i can confirm, after sharing a single file by mail the app crash.

–> Now I can reproduce the crash which means I can look for a fix!!!

Aaaand here is the fix waiting for the code review by @tobiasKaminsky and will be part of the next beta release via f-droid 20161231-release (depending on f-droid’s publishing times) and be part of 1.4.1.

I used the owncloud-app after I had crashes as well and it works fine with the nextcloud server.

The fix I referenced has been merged and we are working on the 1.4.1 RC1 (development tag has already been done, request for build/publish has also been pushed). So this issue will be resolved in the stable release in the near future.

Google Play testing channel publish (https://play.google.com/apps/testing/com.nextcloud.client) should happen within the next hours, f-droid probably by the end of the week.