I am facing high https duration for accessing this service, see attached screenshot. During initial upload of my files I often got a timeout which made me add a monitoring system for http traffic. All other services have response times around 15-35ms, only nextcloud is having >1s which is obviously way too high. I started with the fpm edition, tried to tweak fpm (like mentioned on the nextcloud website) and switched for testing to the apache version.

What am I doing wrong? Is this even normal for nextcloud?

Above another service but all other services are looking similar, only nextcloud has this high duration/response time (not shown in screenshot) 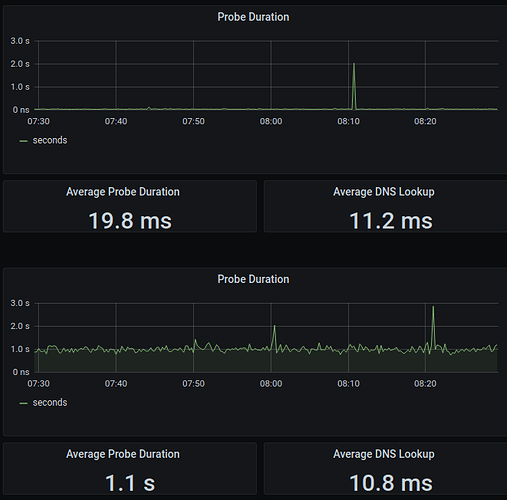