I’ve been using nextcloud as a docker container for about a year or so and noticed I was a few revisions back and needed to update manually. I can’t upgrade my instance nor access the nextcloud.com website or forums unless I use a VPN. It has been going on for over a month or so.

I’m on a home connection but have a static IP, and just wondering if maybe I got caught up in an IP banwave? 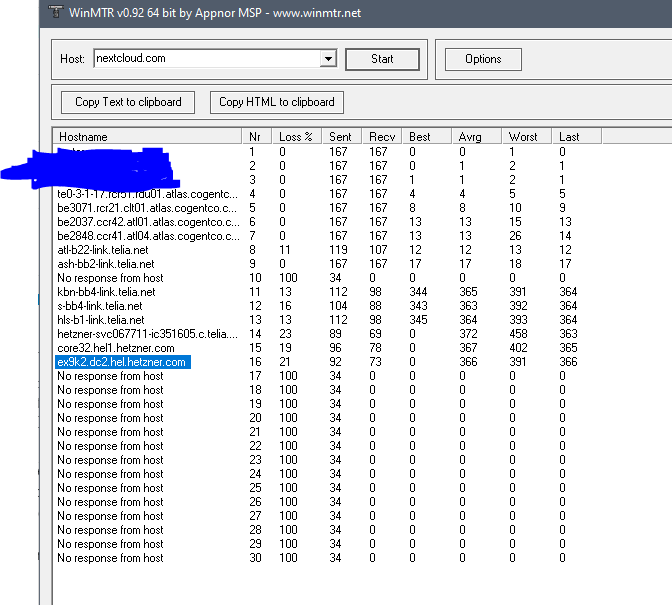 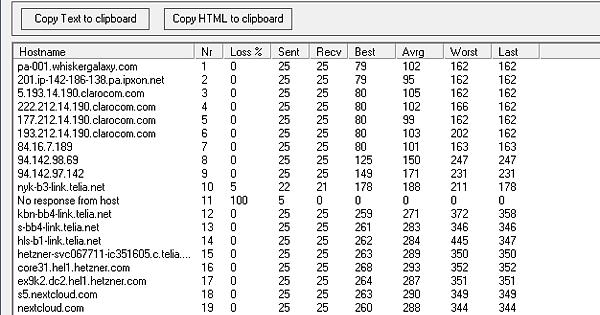 I think you can better test the update-server with
wget https://updates.nextcloud.com

or in the brower
https://updates.nextcloud.com
and you get a blank site but with F12 (network analysis) you see
http 200 ...
or not.

ERR_CONNECTION_TIMED_OUT is the only response. No http 200.

I’ve tested in two different pcs and in chrome and edge on my same network and nothing connects. Works fine on my mobile connection from my phone. My unraid server can pull a new docker down fine, but the integrated updater fails.

nextcloud seems to experience some additional load these days… so maybe it’s too much traffic happening at the moment… - just guessing, not exactly knowing. but there has been some more comments about receiving timeouts at the moment

e additional load these days… so maybe it’s too much traffic happening at the moment… - just guessing, not exactly knowing. but there has been some more comments about receiving timeouts at the moment

I thought it was a momentary thing, but this has been going on for over a month. I reinstalled my docker completely and it hasn’t been able to contact the update server for 45 days or so now, and I can’t even ask for help unless I’m on my VPN. I’ve never seen anything like this.

well you’re right: that’s way too much time for being just unavailable.

so how are you connected to the internet? do you have a steady ip? is there any chance that you could get it changed?

Gigabit fiber, hence the static residential IP. Definitely not on my end, other sites and services work and update fine. I self host a ton of stuff from home. I made a thread on reddit about a month ago and someone mentioned a DDoS attack and I’m just wondering if my ip range got snagged in it.

this makes me drool in envy

DDoS attack and I’m just wondering if my ip range got snagged in it.

so ya… maybe so. i really dunno.
what about trying to write an email to webmaster@nextcloud.com (or through some service mentioned here and asking if your ip got banned, actually? and if they could unban it again?

or just trying how far you would go with a new dns-provider like 8.8.8.8 (google) (would clarfiy if your actual dns-prov would be the problem)

I’ve tried multiple DNS servers. I typically use 1.1.1.1, but tried my ISP providers, google, and quad9. DNS was actually my first guess but it’s the same last hop that it hangs on, regardless of provider.

I’ll see if someone higher up sees this thread, and if not shoot them an email.

I suppose I could temporarily route all my unraid server traffic through a vpn just to update, but that seems like a PITA to consistently do.

https://github.com/nextcloud/nextcloud.com/issues is a good place for the general website. People from Nextcloud are not very often here, IRC could be some option, they were quite active there in the beginning (I haven’t been there for a while)