My setup is a RaspberryPi 4B (4GB Variant) booting a fresh Image RPi_11-27-20 from an external USB-SSD.
Initial setup using a wired connection, activated SSH via the WebUI, logged in fine and changed the password.
At this point the login shell informed me that RFKill would block the wifi interface until a country code for the interface is set and that this could be done using raspi-config. (A security quirk in raspbian which I guess is the base image for NCP.) Trying to do so gets me an error message from raspi-config: “Could not communicate with wpa supplicant service”, I don’t know how NCP handles networking but some part of it seems to modify the wpa-supplicant-daemon and thus bork the network module of raspi-config.

Going through ncp-wifi, it tries to get wicd setup and start wicd-curses but wicd does not acknowledge wlan0 as a valid interface thus failing to scan. There is a button ‘K’ in the menu of wicd-curses that is supposed to toggle RFKill but it did not do anything in my case.

I was able to set the region manually using the respective entry in ‘etc/wpa_supplicant/wpa_supplicant.conf’ and the command ‘iw reg set’. After a reboot raspbian no longer complained in the login shell and RFKill no longer soft-blocks wifi on boot. iw, ifconfig and ‘ip link’ now see the wlan0-interface. They won’t touch it though as networking in NCP is managed by wicd, which still denies the existence of wlan0 both through wicd-curses and the separately installed wicd-cli.

This is where I’m at currently. Makes me wonder whether or not RFKill is even at fault here given how it seems to be disabled on my end now.

Big thanks to anyone helping out.

I did find this old thread that I did not want to zombify, but I hope that means that the issue is known and solved even if I could not find anything on the matter.

Same issue here. I’ve gone through various edits of wpa_supplicant, forced the system to keep the hardware MAC address for the wifi (for some stupid reason the MAC randomization is the default) and any other likely candidate files. The “ncp-wifi” utility doesn’t even exist in the 10-08-21 NextcloudPi image, and the nc-wifi sub-section in ncp-config does nothing to save the configuration.

raspi-config has the network settings buried, and that didn’t change anything. I went so far as to move the rpi4 over to my work desk and had to borrow a monitor from my home-office setup (having to dig out a HDMI-to-DVI adapter, as I don’t have an HDMI monitor). I wasted all sorts of spaces adding a GUI with LXDE just so I could try configuring it from there. That doesn’t work either. The GUI RPI configurator tool will show the WiFi Locale is not set, but if I go into that to edit it, then go back, the setting is GONE again!

The WiFi does work on this RPI, as I got it to work with no problem with regular Fedora and Raspbian images. The problem then is that the installers for Nextcloud under those do not make a functioning Nextcoud install.

So it’s either that I have a working wifi and no Nextcloud, or I have a functioning Nextcloud and no wifi (which is unworkable, as the RPI is intended to be kept in a location with no wired ethernet).

You can try setting it non-interactively

There’s others using raspiOS having these issues, here is a link to the Raspberry stackexchange with one such thread discussing it 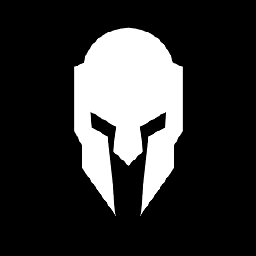 How to disable "Wi-Fi is currently blocked by rfkill." message?

OK, went through those, still not working.

All too much aggravation. I have plenty of other things I could be doing with my time than figuring out the impossibility of a Nextcloud configuration.

Went back to try the Nextcloud install on Fedora, since the Raspian image is obviously crap. The OS itself works fine, but all the instructions for making an actually FUNCTIONAL Nextcloud install are crap as well. Just to make it easier to re-start an install, I’ve tried it out using a VM (so I could readily revert to a clean image when, not if, the NC install fails). And it does fail. So at least I know it’s not just my rPi.

You know that Raspian is just Debian with a few customazions drivers and tools to make it work on a RaspberryPi. I guess what yo actualy mean is NCP (NextcloudPi) which is an appliance-like set of tools to install and manage Nextcloud on top of Raspian or Debian. If you didn’t like NCP, you could have installed pure Raspian and then installed Nextcloud manually, the same way you probably gonna do it on Fedora now. If you prefer to use Fedora in a VM, that’s of course fine, although personally I’d rather use something with long term support, like Alma Linux. What’s not ok however, is to label other people’s work as crap, while you yourself apparently don’t even know the difference between Raspian (OS) and the software you have installed on it (NextcloudPi).