As NC 24 will be compatible and is planned to be released in stable version soon, I would install NC24 RC2 which should be available.

Is there a way to install it by command line?
I ran the following command but it is for stable channel.

The proboem is that i cannot acces to GUI as it doesnt support php8.1

You can actually install and use multiple PHP versions on Ubuntu, by using this repos: https://deb.sury.org/

An here the related wiki page on how to manage multiple PHP versions on Ubuntu: 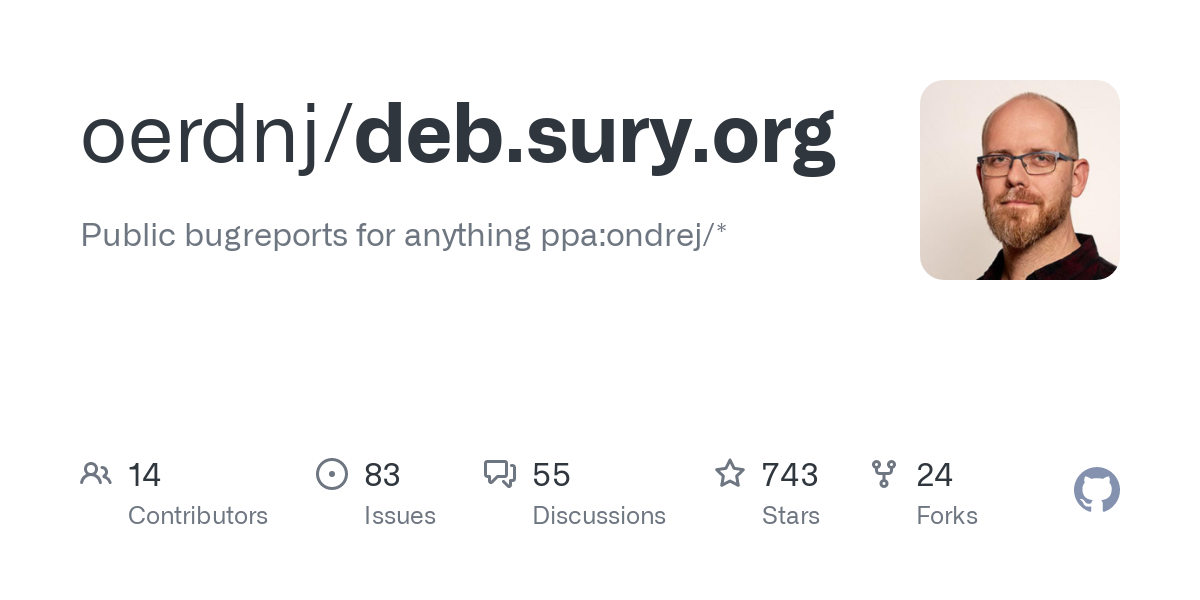 Public bugreports for anything ppa:ondrej/*. Contribute to oerdnj/deb.sury.org development by creating an account on GitHub.

Did you make a backup?

If you are not keeping backups you might want to reconsider whether any beta release cycle makes sense. Mentioning since it sounds like you are stuck because you did not backup first. My .02 is to setup regular backups and then make further changes.

If he is using a manual installation with a LAMP stack on Ubuntu he should even be able to completly purge php and reinstall the desired version from the sury repos, configure it to his needs and Nextcloud should work again.

I mean I don’t get it. Does nobody take notes nowdays how they installed and configured something? Or at least save the link to the tutorial they were using? If OP still has access to one or the other, he can just do apt remove php*, add the surey repos and re-install php7.4 or php8.0 exactly the same way he did it the first time and everything should be working again.

Yes i have a lamp installation.
I do not want to install old php version.
I will patiently wait for NC24 in May. I do not need it as i can use smb and vpn.

Normally, you install the dependencies required by the application you want to use and not the other way around. Also you don’t upgrade the OS of your server just because there is a new version. Ubuntu LTS has 5 years of support and upgrades are usually only offered by Canonical after the first point release. You had to force the upgrade explicitly with the -d option (d stands for developer) The current situation you’re in, would have been avoidable in several respects.

Anyways. I would try to to install PHP8.0 and than upgrade it some time later… Also Nextloud 24 just has been delayed today… So why not try it. You can only learn from this. But do a backup at least of your files, before you try anything.

Is there a way to install it by command line?

Yes, you could upgrade manually to a release candidate of Nextcloud 24: https://docs.nextcloud.com/server/latest/admin_manual/maintenance/manual_upgrade.html

I will patiently wait for NC24 in May. I do not need it as i can use smb and vpn.

How will the release of 24 solve the issue at hand? The WebUI will not automatically be accessable, once NC24 has been released

Yes, you could upgrade manually to a release candidate of Nextcloud 24: https://docs.nextcloud.com/server/latest/admin_manual/maintenance/manual_upgrade.html

Are you sure that this will work? OP has to upgrade from 22 to 23 and then to 24. And during the upgrade process he has to execute PHP scripts like occ upgrade…

I upgraded ubuntu in order to see if this solve the issue i was facing, unable to copy/delete/download/upload file bigger than 512MB.

In this respect I’m using only smb since 23.0.2 so several weeks. I can wait more time

Yes i will be able to upgrade to NC 24 with occ as far as it is released in stable channel.

Alright, then I guess we’ll leave it with that then…

I upgraded ubuntu in order to see if this solve the issue i was facing, unable to copy/delete/download/upload file bigger than 512MB.

This has something to do with the PHP cconfiguartion and will not automatically solve itself until you change the respective entries in your your php.ini files accordingly…

I’m using Nextcloud since a while and recently updated to 23.0.2 on my ubuntu 20.04 server. Since this update I have issue on samba external storage. When I copy big files from my smb share to my smb share in NC or download files it stops at 512MB. If I try to delete it, it doesn’t work and sometime I have a pop up which says that the file is locked. I’m also not able to delete this “incomplete file” through samba folder from my PC, I have to delete it through my server. I can upload bigger fi…

Issue of limited file of 512MB on smb share does not seem to be linked to php.ini
It appears after an upgrade of NC.

Ok. Sorry I don’t use External Storage with my Nextcloud. Maybe you could open a seperate thread for that after you got your Nextcloud up and running again.

I upgraded manually to NC 24 rc1 and it is now compatible with PHP8.1.
I installed PHP8.1-smbclient and it solved the issue with size limit of 512MB.

So my NC is back and I didn’t notice any issue altough that I’m using release candidate. Let’s see.