Is there a way to exclude given file types from the Files view? I’m using a SMB/CIFS share and I see the cifs_accesibility_check.zxy files in the folders. The samba folder is primarilly read only to users. 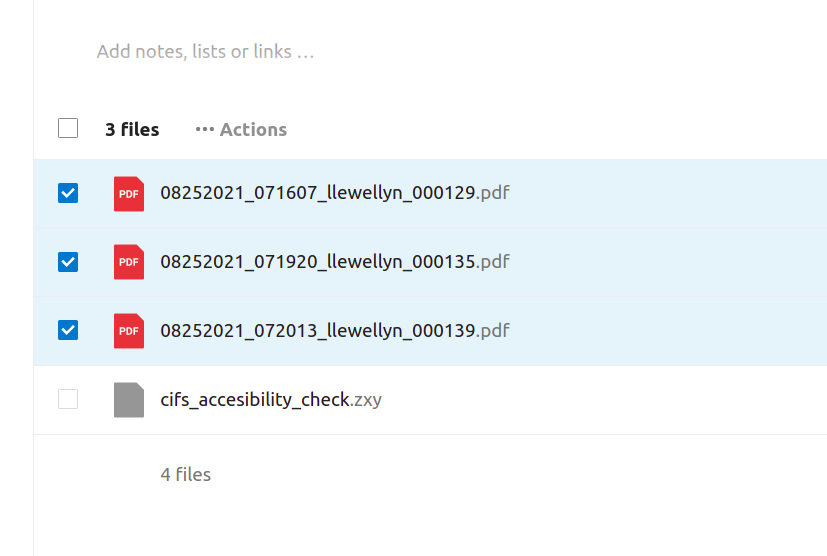 Is there a way to exclude given file types from the Files view?

I could be wrong but I don’t think that’s possible… At least not in an easy and documented way. The only files that I know of that can be hidden and are hidden by default are .files.

But you could hide it on the server side… Just add the following line to the smb.conf or to the corresponding config file for this specific share:

Maybe it is also possible somehow via ACLs but I am not an expert when it comes to that.

Hmm perhaps php-smbclient does not repect that parameter or it chaches the file list? Maybe you could try to mount the share to some directory in the underlying OS and then add it to your Nextcloud as a Directory instead of a SMB/CIFS share in the External Storage app.

In the smb.conf the parameter can either be set globally or in the section of the respective user, that is mounting the share on the Nextcloud server. I would asume it’s better to use a dedicated user on the OS level of the Nextcloud server for this purpose anyways, instead of mounting it directly in the context of every user. Otherwise everytime a user accesses this directory the SMB server has to scan all files and directories again.

And maybe a obvious thing: You have to restart the smb service on the file server for the changes to take effect.

Could the ability be added as a feature request?

Sure. You could open an issue on GitHub… Issues · nextcloud/server · GitHub