Pardon if my post ends up disjointed and loose. My brain is a bit mushy from bashing my head against a keyboard for the past few months. I scanned a bunch of other topics hoping to find clear leads, but it all starts to run together after a while.

First, some rundown of the setup.
NextCloud 16.0.4 (freshly off the update grill)
OnlyOffice Plugin 3.0.0
OnlyOffice Document Server - Docker variant, don’t remember how to check the version or how I got this one installed (long time ago), or how to properly update it. Whatever installed it, it has the name ‘nostalgic_neumann’ for whatever reason.

Apache/NextCloud runs on port 8003, and OnlyOffice’s Doc server runs on 443 but is set up by the router to be accessed through port 8001.
https://cool.website.com:8003 and https://cool.website.com:8001 are both valid with SSL and aren’t throwing any errors. The Document Server confirms it’s up and active. Obviously these aren’t the actual URLs, but you get the idea. SSL is done with LetsEncrypt

This is all running on a single headless Ubuntu Server, 18.something or other.

OnlyOffice’s plugin accepts https://cool.website.com:8001 as the doc server address, and is letting the user create files and the like. That’s all good as far as I can see.

When opening a file that OO is meant for, the frame boots up fine. Then the following tab opens up. 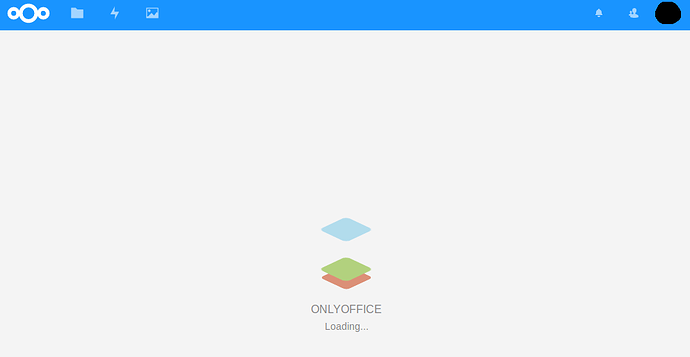 image.png992×514 7.05 KB
It then proceeds to play this Loading sequence for infinity trillion years, and never actually load the file. This is where the current problem is.

While I’ve tinkered with self hosting servers and web stuff, I’m not really versed enough to know how to debug or track down what’s actually happening or going wrong in these kinds of things. Docker’s generally been a nightmare and long ago when OnlyOffice’s full community thing first broke for me, (started when I swapped SSL out, slowly fell like a domino trail.) I was never able to get it fixed due to it feeling like a house of cards, so we just have been working without collaborative documenting. We’re at the point that we desperately need it though. I’d like if Nextcloud worked out fine, because I haven’t really had problems with Nextcloud and if I can cut down OO to just need the doc server to have to tape together with scotch tape, that’d be far more feasible than the entire suite.

Anyone smarter than me able to help me through this?

Remove the old docker image and use the latest official one:
https://hub.docker.com/r/onlyoffice/documentserver

Can’t guide you through all the way, but I use OO and Nextcloud (apache version) as docker images through Traefik.io and that simplifies things greatly.

I might look into this Traefik thing. Looks like a generally useful utility to have around.
Alas, I think I updated the doc docker, but now I can’t even get the thing to boot. The port simply just doesn’t respond now. Doing anything with OO has been pretty despiriting since this is typically what happens. I guess I’ll keep poking at it with this page and see if it eventually decides I’m allowed to use it again.

EDIT: well I got it back to how it was before, with the eternal loading. Somehow. I also forgot to mention. Eternal loading screen is on the browser. However, on the desktop client, it will instead return a URL not found, I assume 404, error. I’m not sure if that narrows anything down.

I’ll try to mess with Traefik sometime later, assuming I don’t up and set my server on fire by accident before or during then.