Seens it is using any folder with pictures in it as albums, even among my music collection. Pressing the “your albums” leads to a looooong wait or crash.

Instead you can change the url to your real library folders.
For me that is :
https://domain.com/apps/photos/albums/PhotoLibrary/2020 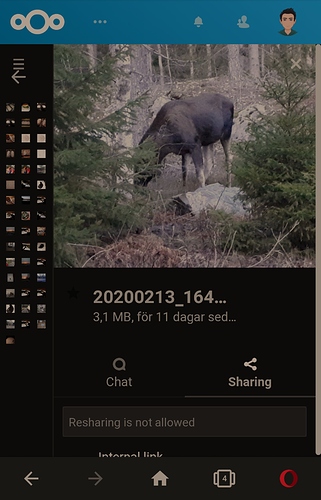 The photo app should have a settings panel where we can choose what folders and paths that should be considered. Similar to the Audio player app. 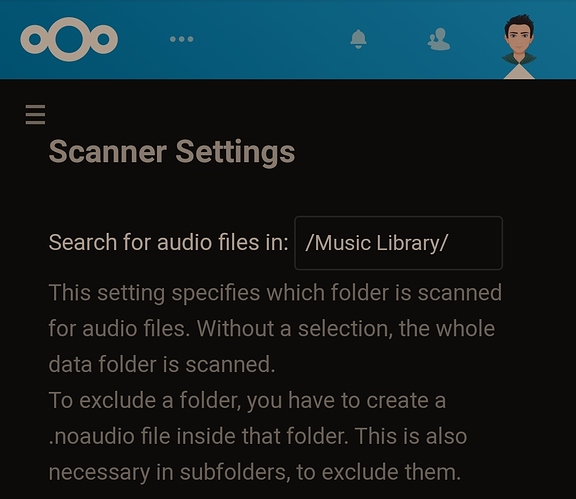 This is what I typed line by line after entering the nextcloud console mode in unraid by clicking on the nextcloud docker icon and selecting console. Hopefully i haven’t messed up and it works for you.

Thanks, but i cant find any Albums But i have thousands Photos. Where are the Library located?
Sorry but the app is unfinished…

Edit, found it. I had mount External Webdav Storage. If i unmount it it works. Very strange

Thank you very much! This helped me a lot!! I also have a UnRaid Server with an NC instance running and this will tidy up things extremely. Both thumbs up your help

P.S.: Everything works like expected! Thank you again! Have a nice weekend!

Sorry that many of you experienced some issues and regressions with the Photos app. Let me first say: we really wanted to avoid regressions, this was explicitly discussed on our last meeting where we decided to move forward with Photos. It was meant to be an upgrade for 95% of the users. So as far as it isn’t, we intend to fix that!

Let me address our current understanding of the 3 major issues people face with the Photos app that are regressions from Gallery (of course there’s a lot more we can improve, and we already did, but those are new features!).

So there are two things to know about the performance of Gallery and Photos.

Gallery used to be designed to look into all folders on your Nextcloud and only show the folders with images. This was a very slow process, explaining why the app was so slow. A major motivation for Photos was to improve performance, which we did in party by the left sidebar showing ‘my photos’ primarily. That can show ‘your images’ (those not shared with you) pretty much immediately. And that covers many use cases, of course.

But not all, so ‘shared albums’ was added to show what is shared with you. And, last but not least, you can see images on external storage (showing of which takes quite some work) when you use the Your Albums view.

Now at least one person (who started this thread) noted that the performance is MUCH slower than the previous Gallery app when in the Your Albums view… That really shouldn’t be the case: the new Your Albums code that shows all images in folders (External storage or not) should be much more efficient. So John tries find out what’s happening. It could be related to the preview generation which can cause a storm of preview-generation-threads on the server, causing a slowdown. I recommend everyone to use the preview generator app!

TL;DR: performance should always be better than Gallery, we haven’t found a regression yet.

Our current Photos app flattens it to this, removing the year info:

We just made a mistake there, and consider this a bug which will be fixed! A pull request is already here.

First, and this was so rare most users probably didn’t know, but the Gallery app had a specific share link view: you could share a link that would show the Gallery app view, not the file view. We would like to bring this back, but it is technically hard and while less nice, the grid view of files is quite OK too, so it is lower priority than the second issue.

That second issue is: if you click a photo on a public link, you used to get the slideshow preview! Today, it just downloads the image. This slideshow was provided by the Gallery app and, yes, we basically forgot about it. It seems that even during the testing phases in Beta and RC, this was not noticed by anyone so it came out only now - and we’re working on fixing it.

Now I’ve said we’ll fix everything so you might wonder when. Well, actually most of these are not that hard and already work-in-progress. We hope they’ll be done in time for the upcoming 18.0.2, which is scheduled for March 12 - so that’s in 2 weeks! The viewer is a bit harder, it might take a bit longer, we’re not 100% sure yet - but we are working on it (and as always, help is welcome).

A note I want to add about the discussion itself. As I said, our goal was never to take away features. Yes, there are some regressions and those are due to mistakes - we are human, too. Most people who asked about it or discussed this have been very polite, and thank you for that! Sadly, some were not, and that is not very motivating at all. Please, keep in mind that we’re talking online (where negative emotions tend to get amplified) and also, please assume we want the same thing: make Nextcloud better. With that in mind, you would assume that we made a mistake, not intentionally made your life worse… And that leads to better, more motivating and ultimately more productive conversations!

I’d also like to point out that you’re not just talking to people who get paid to work on Nextcloud (not like that’s an excuse) but also to the hundreds of amazing community volunteers who make Nextcloud awesome, like Corentin who recently wrote a great blog about his experiences contributing to Nextcloud. Consider participating in such a positive way: you can join our conference or other events or help code online and make Nextcloud better,

thanks for the posting and the clear answers

Keep up the great work.

Sadly, some were not, and that is not very motivating at all.

Just wanted to chime in here. I’m happy that this is all finally getting addressed and we know what’s going on with photos.

I think we can all agree that photos is the correct step forward once the missing features/functionality is addressed.

I totally agree that we should be polite and positive about this! And I can easily understand the negative emotions as in my case upgrading to 18 ruined our workflow completely. We were heavily depending on old Gallery to show to clients and such our work and to manage our collection but this aside I understand that it can happen. We did managed to work this out somehow and I think we all should be more patient and should understand each other and not rush out with anger - I know you are doing your best!

I’m looking forward to a solution to flattened navigation which in a case with more than 1400 folders is a no go. But I would also like as previously suggested some way to limit the scope of the front “Your photos” to specific folder/s.

You are definitely do a great work and I know that sometimes it is difficult to please everybody but with these changes it will get a lot more usable and manageable!

Thank you. Fix worked for debian 10 on ESXi.

Thank you for informing us about fixing those issues.

I have upgraded to NC 18 yesterday and I can confirm, the current version of Photos app is ABSOLUTELY TERRIBLE and completely useless. (I have a lot of photos organized in tree-like folders like 2010, 2011 … 2019 etc and this app isn’t working at all, it can’t handle flattened folders)

I am looking forward for the fix!

I have just tested the NC 18.0.2 RC1 version. Unfortunately I had to find out that photos in public links start downloading the photo, unfortunately no preview. I hope that this bug will be corrected until the final 18.0.2.

The new folder view in Photos is very well done.

In the latest version with respect to .noimage and .nomedia and no flattened folders the app is a lot more usable. Great progress have to say!

I have a suggestion to add folder navigation (full path) in the folder view instead of just “back”. That way navigating will be a lot easier for cases like our with a hundreds and thousands nested folders.

Our users still prefer uncroped images view though. I’m aware of the discussions in github about the layout - saying this just to let you know. In my opinion the best option is to develop an API (also a discussion in git) which will alow plugin type of layouts. So if a user like masonry layout - masonry plugin and etc.

I’m looking forward to all the good things coming.

Small update: the public fix will be for 18.0.3, not 18.0.2 unfortunately.
A small step back and we’re too short for the release tomorrow.

Thanks for the support everyone!

Thank you for your commitment. If that succeeds, Photo is a great replacement for the old Gallery.

The usability/performance has improved drastically after the update to 18.0.3, great work!

But unfortunately, I’m still missing the “Slideshow/Gallery” view in shared links. Is there a configuration/option I’m missing?

Edit: Ok, I’m not sure if anything else changed in the App, because 18.0.3 was just a security fix, but the performance somehow improved a lot when displaying the photo folders etc. - Have there been any changes to the Photo App in 18.0.3?

When you want to share photos in a folder in subsequent versions, you can directly view the photos instead of downloading the photos directly after opening the link in the sharing connection method.

Thank you so much

nice to hear, that it is possible to show pictures.
But can you please tell me how to open a link in the sharing connection method