I have set up nextcloud server ($OC_Version = array(11,0,0,10); by VM) and collabora CODE (latest docker image) according to this manual. It works fine except of file versioning and revision history.

Is this the feature or a bug?

Having the same problem, same version, clean install from official manual. Looks like a bug.

I face the same issue.

the issue referenced in the bug tracker only concerns the bad display of the top toolbar.

I don’t understand how all of this version management is supposed to work…
Is the “save” button totally useless or what ?
why don’t I ever get any other revision than “just now” ?

I hadn’t found this topic yesterday so i created mine :

hello I just installed collabora with docker, running latest stable nextcloud (11.0.1) and collabora online (1.1.25) First I have to say that revisions in collabora don't seem to work at all. for any file, the only revision i can get is "Just now". I can modify a file, save it, modify it save it again, leave it, reoppen it, it will just show "Just now". Am I missing something ? Plus the biggest issue is that every change anyone does is saved. When two people are editing at the same time,…

this github issue seems more revelant to me : 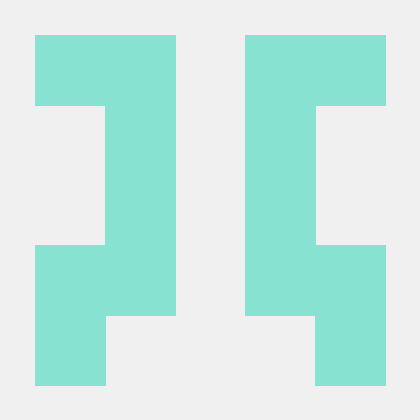 It is still not working. That is why i use owncloud instead of nextcloud.

This is a big issue. I lost probably –because of another bug()– a day of work with team. Then I discovered to the astonishment of the whole team that the versioning isn’t working.
Can I use as a patch the earliest coding (or the one from ownCloud) that ruining this ?
Could the initial bug ( all of a sudden we lost 10 pages of a project on Collabora Presentation mode) be linked to the broken versioning ?

I’m dubitative about the fact that it doesn’t seem to bother so many people.

Therefore I wonder :
Does anyone have collabora history working with Nextcloud 11 ? Or do we have a specific config issue e.g…

Then does any change anyone does on any file opened with Collabora-online on Nextcloud 11 is instantly and incurablement saved (whatever change it is) ?

no that doesn’t work on my instance either but it works in version 10 via versions in the Filemanager. Weird, that it stopped to do that. And yes, that is really bad.
Anyway, don’t bother to try onlyoffice, that even doesn’t have that feature at all.
I have to correct myself, with onlyoffice in the filemanager versioning works!

@tflidd where should that bug be reported? To the collabora guys or in the nextcloud-github?

The existing bug report is already handled (not actively). I’m not sure what actually broke the setup, if the same version of the collabora extension works in NC 10 but not 11 they have broken something in core (or changed without proper documentation, …), you could open a report on the server repo (don’t forget to link the related topics and post and ping @bjoern as the maintainer for versions).

I am using in nc10 an older collaboracontainer and plugin because newer one have more issues with selfsigned certificates.
So the only I know, that versioning doesn’t work now, but not what breaks it,

Using Collabora or Libreoffice on Nextcloud 11.0.1 and 11.0.2 i do not have Revision History into the app nor Versioning in Nextcloud Web page.

It’s a big problem, now the team who use it the most have several times lost their work.
Another problem, now when you open a document, you always start at the begining of the doc, not where you stopped it the last time…

there is now a fix in that richdocument-plugin (in the first githublink).
should I apply it by myself or wait till it will be committed?

there is now a fix in that richdocument-plugin (in the first githublink).should I apply it by myself or wait till it will be committed?

If a fix has not been merged there was no sufficient testing/verification. If you are interested in a feature, you can help out by testing the patch and also give feedback if it works for you. Make sure that you have proper backups before applying any patch.

Okay, I applied it and can confirm that versioning is working via filemanager again.

Thank you so much for your testing.
I’m gonna wait for the update.

no problem, but they have some merging issue, so that may get delayed.