Hello!
My Nextcloud 18.04 is running on PHP7.2, Nginx/PHP-FPM, Debian 9 with 1Gb RAM.
I use the latest Collabora app 3.7.0
The problem is that when I begin just viewing folders at external resources mounted via webdav protocol my server hangs out of memory while CPU is used by loolforkit and loolwsd processes over then 50%.
I wonder why this happens because I am not viewing documents itself but just browsing folder structure. What are they actually doing?!

Collabora became really mad app.
Just now found that the same happens while browsing ordinary folder at my server, i.e. not mounted via webdav.
I had to turn it off until problem is solved.

I think i hav a similar issue loolforkit might have a memory leak? It started after upgrading the collabora plugin. 2 days ago.

Could it have something to do with this vulnerability? I just noticed this process running on my server and I’m in the process of troubleshooting why my nextcloud is not loading… 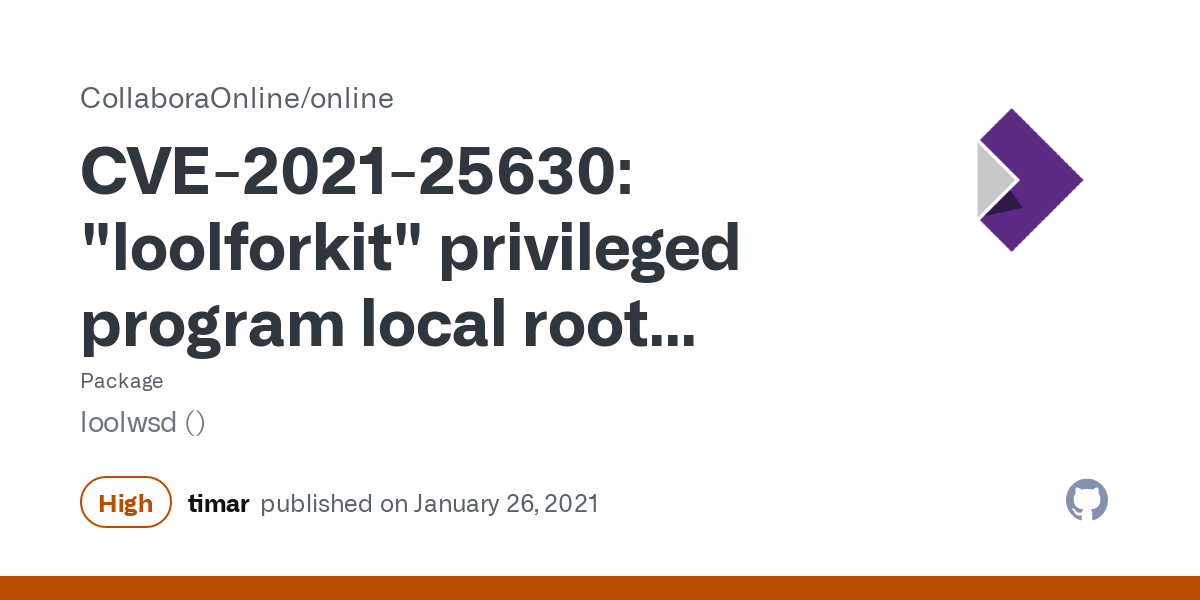 ### Impact "loolforkit" is a privileged program that is supposed to be run by a special, non-privileged "lool" user. Before doing anything else "loolforkit" checks, if it was invoked by the "lool"...