When I attempt to connect with my server, by running Nextcloud-2.5.0.20180803-beta1-x86_64.AppImage from the command line which is protected by an letsencrypt certificate, that has some issues, it tells me it’s invalid. I say go ahead an accept it anyway but it then says no.

This site can’t be reached
The webpage at https://nextcloud.ezsched.us/index.php/login/flow might be temporarily down or it may have moved permanently to a new web address.
ERR_CERT_AUTHORITY_INVALID 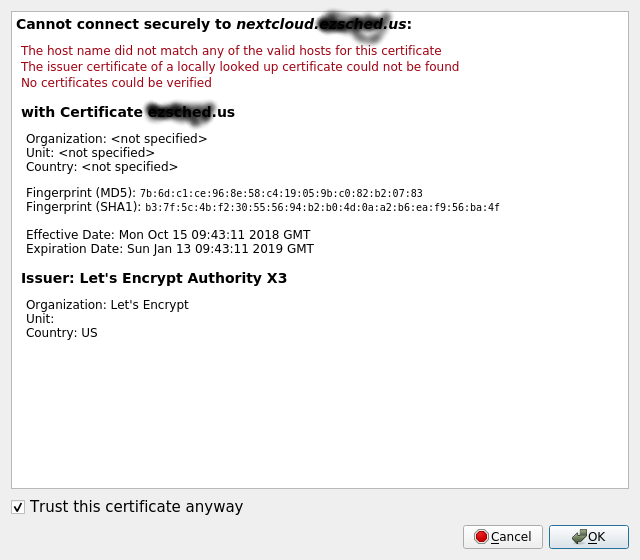 Update: I added the PPA and installed nextcloud from there and it works. I hope this beta version doesn’t migrate into the PPA files.
Thanks,
Jim.