We just released the the stable version 1.4.2 of the Nextcloud Android app:

Hope all Android 6 user like the new Auto Upload 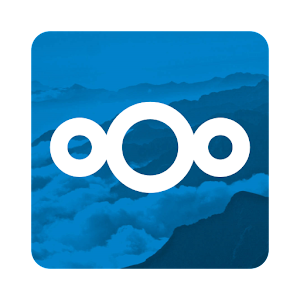 Great to see the app is constantly improved. Does this new release also contain some improvements regarding ciphers in the meaning of adding more of the secure ciphers?
In the reported issue there haven’t been a reply for a while, so I don’t know if this topic is still under investigation or worked on:

I would really love to use the app, without the need to make my server less secure.

the topic didn’t get much love lately due to getting 1.4.2 ready for the release and other requirements that need to be developed for 1.5.0. So as far as I know it is not under active investigation but still a topic we have on our radar. From a release schedule I’d say it’ll be a post 1.5 topic, sorry

@Andy, Alright, thanks for letting me know. I will be patient then

but still hope that it will be addressed soon.

Nevertheless, thanks for the good work with the app! It’s great so far!

@Andy + @Team: Thank you very much for this feature! All new photos, cover photos, and screenshots automatically in my Nextcloud. Absolutely helpful!

I just installed the android client since long time ago switched to FolderSync because of its 2way sync possibility that I need.

Since the feature is called “auto upload” does this also include auto remove in both directions?
And is there some way to choose seperate folders on the android device to sync with single folders on nextcloud storage, or is all synced data always in /starage/Android/data/appfolder/files? Didn’t find some setting to choose individual local folders so far.

And as I am already asking:
The contracts/calendar function still relies on DAVdroid (+OpenTasks) as I can see? So it is just a link to make it slightly easier to set up the dav profile? Was little wondering, because as you anyway need DAVdroid I see no real benefit to set up via one or the other app

Since the feature is called “auto upload” does this also include auto remove in both directions?

@Andy + @Team: Thank you very much for this feature! All new photos, cover photos, and screenshots automatically in my Nextcloud. Absolutely helpful!

, specially since we are also receiving some critique since Auto Upload in its current form is also a Drop on image-only/video-only instant upload

Since the feature is called “auto upload” does this also include auto remove in both directions?

Not right now, no. At the moment it is a replpacement for instant upload with the ability to activate it for any kind of image folder known to the so called media index. But we do have one-way and also two-way sync on our agenda

And is there some way to choose seperate folders on the android device to sync with single folders on nextcloud storage, or is all synced data always in /starage/Android/data/appfolder/files? Didn’t find some setting to choose individual local folders so far.

Not sure I understood this one correctly. You can activate auto upload for any shown (image) folder and with the three-dot menu behind the little cloud you can choose the remote destination (which always has a default if you didn’t change the value for each of the folders) while simply clicking on the folder value which opens a chooser dialog. So you can have several, local image folders being monitored and uploaded to one remote directory on the server if you set it up this way. /starage/Android/data/appfolder/files is something you can’t really change since this is the app’s local folder on your phone or tablet. The only thing you actually can do (which has nothing to do with Auto Upload) is to choose your SD card (in case you have one in your device) via the apps general settings (see main menu).
Default would imho be to configure the auto upload of a folder to leave the images in its original plpace on the device (can also be set, like wifi-only, etc.).

The contracts/calendar function still relies on DAVdroid (+OpenTasks) as I can see? So it is just a link to make it slightly easier to set up the dav profile?

Yes, we still do rely on third party apps to take care of contacts/calendars/tasks/notes/etc. The reason for DavDroid in the App is that can help with setting it up. We discussed this with DavDroid and are now able to hand over username and URL so you don’t have to know the URL or type it is, we will simply call DavDroid with the data

Many thanks to all who contributed - very happy to have automatic photo uploads working again on Android 7!

I was away this weekend, and now I am back home I notice that only some of the photos I took have made it to the InstantUpload folder on my home computer. The missing pictures are in my DCIM camera folder on my phone, but not in the list of uploads in the Nextcloud app (Completed, Failed or otherwise)

I do recall some mention of this previously - is there somewhere I can contribute a bug report? Unfortunately I’m not sure what other info I can gather in this instance, apart from “the photos were taken on the phone camera, and didn’t get noticed by the auto uploader”…

Okay thanks for the clarification. Sadly then the app is not yet the right thing for me, but it is nice to see it developing so fast. Thanks for that!

To organise my pictures, music and study related stuff I need 2way sync for independently chosen folders locally and server side with optional instant upload of local changes.

There would have bin a benefit, if caldav/carddav sync would have been possible by just using one app instead of two or three, but yeah DAVdroid works very well, so I guess it’s not high priority if it is planned at all.

@jmhunter that is actually a bug that should be fixed with today’s release while the fix only applies to pictures taken from now on running the latest app version. If with 1.4.2 you still have the issue of photos not being detected then yes it ould be best to open an issue on the development tracker on github.